When others steal, hack, plagiarize or ‘borrow’ your stuff

As a creative person, there is no bigger pet peeve than when someone blatantly steals my stuff. Recently, I discovered some Eastern Europe–based organization carbon copied my entire website at intuitivepicture.com and duplicated it on two websites I don’t even own.

In my early 20s, I also had an internet radio station to broadcast Cantonese pop music. Each day, I would translate entertainment gossip (which were printed in Chinese) to English so that my audience could follow the latest on their favorite celebs.

One of China’s top 5 government–owned news site literally copied and pasted all my content verbatim onto their site. Did they name me as their source? Of course not. I got so hopping mad that I threatened if the theft continued, I would start publishing fake celebrity deaths so they would copy fake news and I could embarrass them. They stopped.

Because of my sensitivity to this kind of theft, it’s also made me hold back on manufacturing my products for 5 years, because doing so meant I’d have to share my ideas with those who I don’t particularly know. Sometimes, you can get too attached to your ideas to the point where they never see the light of day.

I am betting that you’ve probably gone through similar experiences where your hard work was flagrantly hijacked away and claimed by an unrightful owner. When this happens to me and others, my face gets hot and I start losing hope in humanity. I question why this even happens in the first place — because what the F, man?

Caroline Myss explained it best. She said this is an issue with self–esteem. People who steal, hack and plagiarize do so because they lack the self–esteem and personal power to create something of their own. So they take someone else’s hard work instead. And hackers? She said they pride themselves on bringing down other people’s systems so that their self–esteem gets ‘buzzed’. Sick, I know.

But what can you do? Unless you and I are to stop creating anything new in this world, there is always a possibility that your stuff can be stolen. You can try covering yourself with the non–disclosures, trademarks, patents and copyright claims, but that doesn’t stop someone across the ocean from stealing or ‘borrowing’ your ideas. When that happens, people usually remark, “Imitation is flattery.” But it’s not. Saying that doesn’t make it okay. Jony Ive of Apple says that it’s not flattery, it’s theft. And I agree.

You don’t have to pretend that your ego is stroked when someone steals your creations, but it does help to know the psycho–spiritual underbelly of why: that people resort to this kind of behavior because they feel deeply inadequate on the inside. By looking at it this way, you can almost begin to feel compassion and understanding, and hopefully closure on the issue.

What I’ve also learned is that you have to believe that you are a source for infinite ideas. You can generate a new, grand idea in the next minute, or the next day. Where that first grand idea came from is also where that second, third, hundredth, thousandth grand idea will also come from. That doesn’t make stealing okay or make it feel better, but it does help to know you will never have a lack for ideas.

In other words, no matter what happens to your work, your power of creation remains infinite. By continuing to celebrate and shine in your originality, authenticity and integrity, you will never be a poor man’s or poor woman’s version of anything. Originality feels good. Authenticity feels good. Shining feels good. That’s self–esteem, baby.

So don’t you worry. Protect what you reasonably can and then put it out there! The rest is outside of your control and you’ll get help and learn to deal with it if you need to.

What about you — has your stuff ever been stolen? What did you do about it?

I teach entrepreneurs how to create their business straight from their soul. I offer a complete Intuitive Business Suite to help you create, design, write and sell all from your intuition. Here’s the services you can take advantage of to empower your business: Intuitive Web & Brand Design, Intuitive Copywriting and Intuitive Selling. If there’s anything I can help you with, I would love to hear about it! You may email me at ana

Schedule a free assessment of your website and business

Show me your website and I’ll share with you what I sense and what we can accomplish together. Here’s how to book your free assessment: 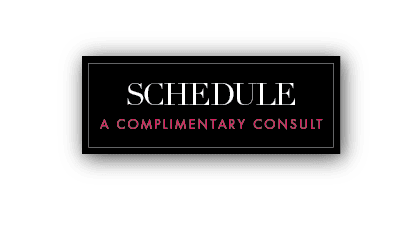